Forum of Islamic Countries Journalists: Backing Syria in facing media war against it 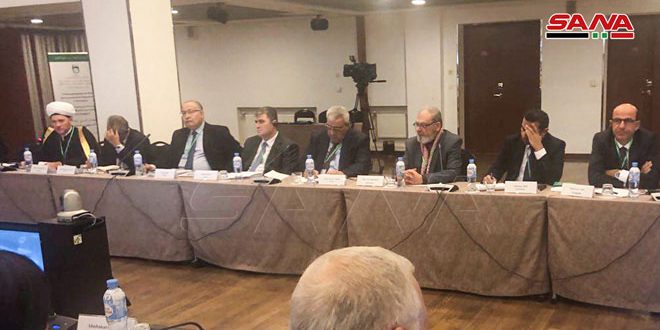 Petersburg, SANA _ The two-day 5th international forum of journalists from Muslim countries  stressed that the politicized actions  of the West lead to escalation of tension and crises around the world, calling for confronting misleading media and fake news.

In the forum’s final statement released Saturday, the participants emphasized the need for coordination between journalists from Islamic countries and Russia to counter the falsification of news and misleading media.

In this context, a number of participants in the forum affirmed their support to Syria in the face of the fierce media war against it, pointing out that Syria is fighting terrorism which is backed by regional and international countries whose aim is to prolong the terrorist war on Syria under false pretexts.

The 5th international forum of journalists from Muslim countries kicked off in Petersburg on Thursday, September 26 with the participation of Syria.

Forum of Journalists from Islamic Countries: Backing Syria in facing media war 2019-09-28
ghossoun
Share
Previous After liberating it, northern countryside of Deir Ezzor is recovering
Next 77G and China : Unilateral measures on occupied Golan and Palestine null, should be cancelled