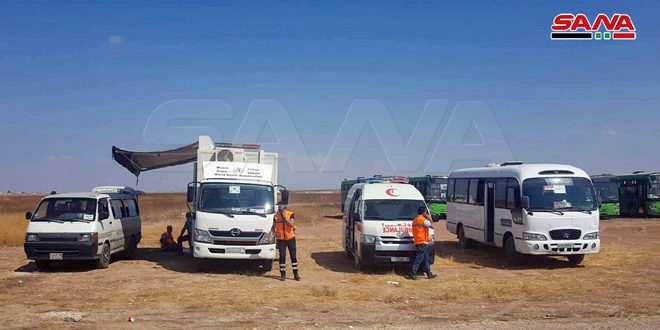 Idleb, SANA- For the 5th consecutive day, Jabhat al- Nusra terrorists continued to prevent locals in Idleb province from leaving via Abu al-Duhour corridor in the province’s southeastern countryside in order to use them as human shields.

SANA reporter in Abu al-Duhour corridor said Tuesday that the authorities, in cooperation with the Syrian Arab Army, equipped the corridor with all the logistic requirements for receiving the locals who are willing to leave Idleb.

The reporter pointed out that terrorists cut off the roads leading to the corridor and intercepted the cars carrying the locals, firing live ammo to scare them.