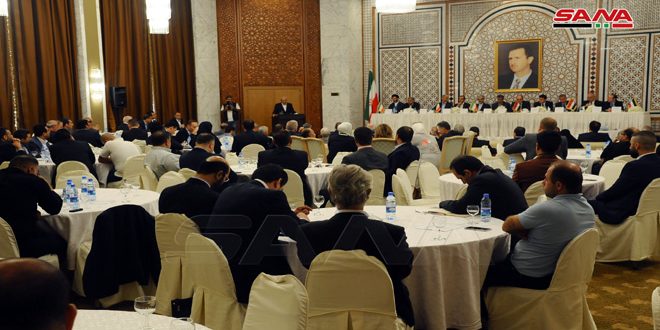 Damascus, SANA-Participants in the first conference of Syrian-Iranian Joint Chamber of Commerce called for working to raise the level of economic ties between Syria and Iran to highest levels and to offer all facilitations to establish joint investment projects in the two countries. 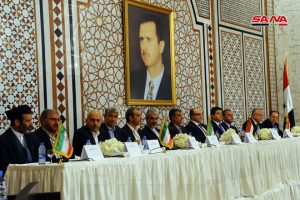 Concluding the activities of the conference which was held at Ebla Hotel ahead of opening the 61st edition of Damascus International Fair today, the participants pointed out to the need for developing the agreement of Free Trade signed between the two countries in 2011 through exempting goods from taxes.

Minister of Economy Samer Khalil underlined the importance of activating trade and economic cooperation between the two countries and setting a long-term strategic agreement to increase the volume of trade exchange which has witnessed a tangible development since 2015. 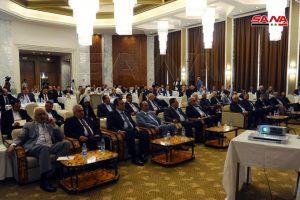 Iranian Road and Urban Development Minister Mohammad Eslami said that it is very important to hold such conference and participate in Damascus International Fair to introduce the available investment opportunities to the Iranian side, develop relations and increase investment as well as facilitating a share in the reconstruction process.

For his part, Head of the Iranian-Syrian Joint Chamber of Commerce Kiwan Kashifi pointed out to the need for concentrating on finding specialized relations between businessmen in the two countries, particularly in the fields of agriculture and industry.