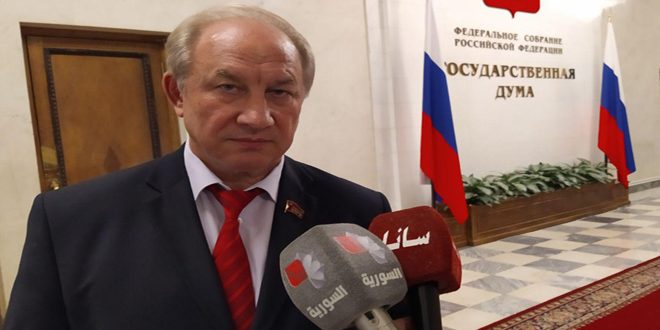 Moscow, SANA- Russian State Duma member Valery Rashkin said that US attempt to sabotage the 61st edition of Damascus International Fair is a reckless behavior aiming at impeding the victories which are being achieved by the Syrian Arab Army over Washington’s tools from terrorists.

Speaking to SANA reporter in Moscow on Wednesday, Valery Rashkin affirmed that the US and its tools in the region are working to impede military and economic victories in Syria , indicating that the US with this reckless behavior is declaring a trade war against Syria in an attempt to destroy what has been achieved over the past period in the country.