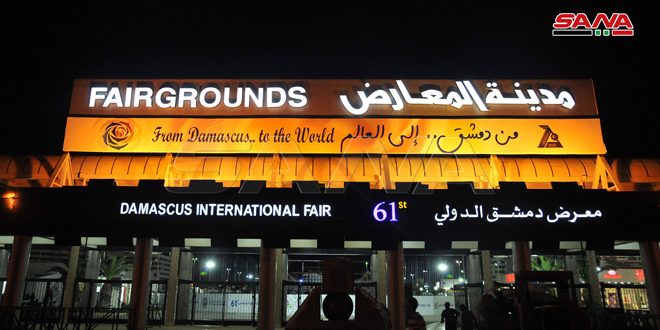 Damascus, SANA – With three days left until the opening of the 61st Damascus International Fair, preparations for the event are proceeding at a rapid pace as they enter their final stage. 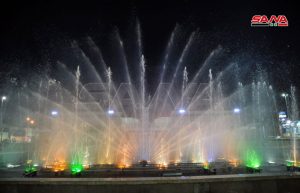 Director General of the Public Establishment fir International Fairs and Exhibitions (PEIFE) Ghassan al-Fakiani said this year’s edition stands out from its predecessors in terms of the attention given to aesthetic aspects such as lighting, green spaces, and fountains. 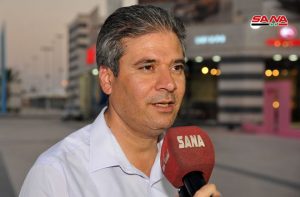 He said that 11 centers have been set up in Damascus for transporting visitors for free via buses, in addition to train trips from al-Qadam train station.

Al-Fakiani said 38 countries are participating in the Fair in an official capacity, and the total reserved area has exceeded 100,000 square meters, the largest in the history of the Fair.