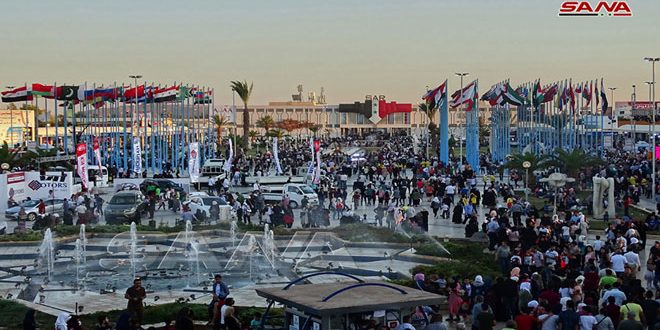 Damascus, SANA- The Delegations and Public Relations Committee at the team of the private sector which is participating in Damascus International Fair announced that it has organized the invitation and visit of about 400 Arab and foreign businessmen to the 61st edition of Damascus International Fair which is scheduled to be held in the current month.

Head of the Committee Wassim Qattan said in a statement to SANA reporter that the committee has organized the visit of two high-level economic delegations from the United Arab Emirates that includes 40 persons and another delegation from Oman Sultanate that embraces 35 persons besides the participants in the Omani delegation whose number is 15 persons, in addition to a significant participation from the Arab-Brazilian Chamber.

He added that preparations are underway for providing the required accommodation for the visitors and to organize timetables for their visits during the days of Damascus International Fair.

A team was also formed for following up the process of receiving the delegations and providing transportation for them to the hotel.

The 61st edition of Damascus International Fair will start activities under the title “From Damascus to the World” on August 28th and it will last till Sep. 6th.