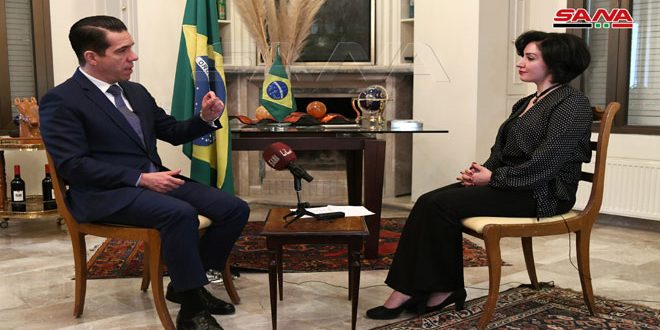 Damascus, SANA-Ambassador of Brazil in Damascus, Fabio Vaz Pitaluga, reiterated his country’s firm stance in support of Syria in the war against terrorism, saying that Damascus International Fair “actually reflects Syria’s resilience and its openness which overcame all difficulties.” 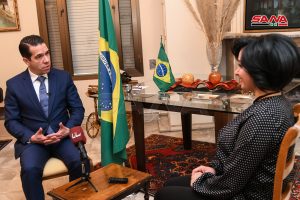 The Ambassador, in a speech to SANA about the participation of Brazil in the 61st edition of Damascus International Fair, affirmed his country’s commitment to take part in this event, adding that the participation will be through representatives of the Arab-Brazilian Chamber of commerce.

Pitaliga pointed out to the existence of great capabilities and wide horizons to boost cooperation between Syria and Brazil, saying that businessmen in the two states are in a continuous contact although challenges.

He stressed that Brazil is keen to help reconstruct Syria, referring that the trade volume between the two countries reached 600 million USD in 2010, hoping that  peace and prosperity would return to Syria.

2019-08-07
m.eyon
Share
Previous Lattakia markets ahead of Eid al-Adha
Next SANA in Hasaka reporter: Initial information on explosion of a car bomb near  telecommunication center in al-Qahtanyia town which caused material damage to the center. 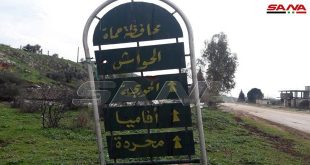