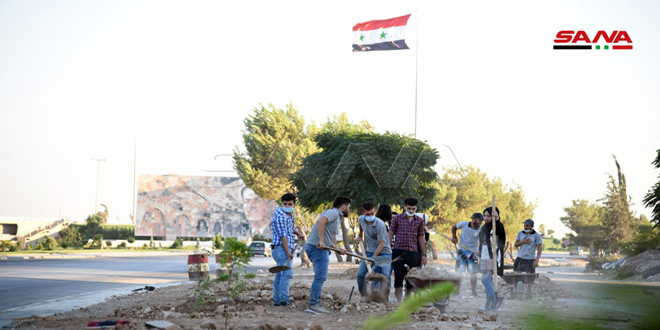 Damascus, SANA – The “Together it Will Return More Beautiful” national volunteer campaign on Saturday finished the rehabilitation of the northern entrance of Damascus city.

The rehabilitation operations involved removing debris, dry grass and plants, repairing sidewalks and dividers, and planting around 3,000 trees along 7 kilometers of the northern highway leading to Damascus. 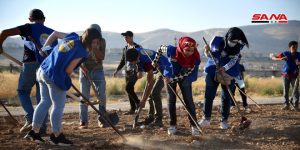 The first stage of the campaign, which aims to restore vitality in the areas affected by terrorism, began at the start of July, with the participation of around 1,000 volunteers each day from the National Union of Syrian students, the Revolution Youth Union, the Syria Trust for Development, the Ecumenical Relations Department, St. Ephrem Patriarchal Development Committee, and Syria Youth Fingerprint foundation.

The campaign’s activities will continue in other provinces.

Last year, the campaign helped repair and rehabilitated schools, streets, squares, and infirmaries in a number of towns in Eastern Ghouta, Western Ghouta, Zabadani, Bloudan, in addition to carrying out work in the neighborhoods of Old Aleppo and the slopes of Aleppo Citadel.

Moscow, SANA- An international forum takes place from December 5th to 8th in Kazan, the …