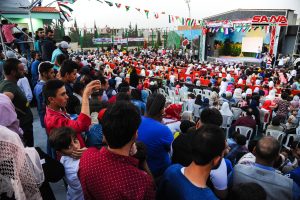 Local farmers said that despite all difficulties, they managed to export their organic cherry crop to Arab and foreign countries, and that they’re working to find new markets for it, noting that marketing their distinctive cherries is the main reason for holding this annual festival.

The farmers said the crop were very good this season, as the rainfall helped increase production.

There are approximately 1.2 million cherry trees in Qara, producing between 4.5 to 6 thousand tons per season. 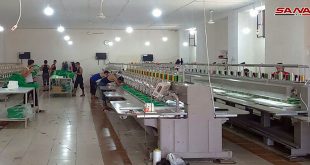 With a capital of SYP 62.6 billion, 1066 industrial establishments enter phase of production in 2020

Damascus, SANA- The pace of work and investment in the industrial sector has been described …