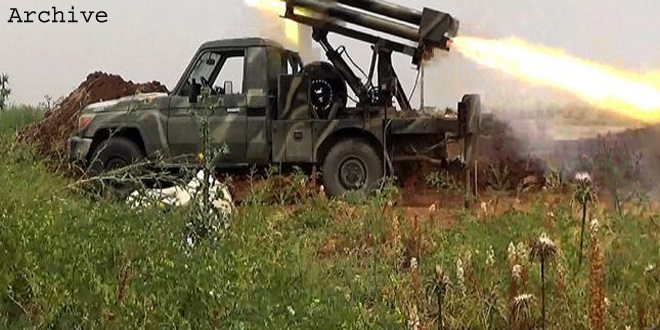 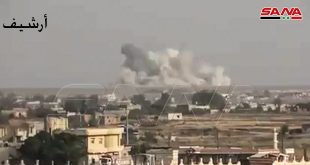 Idleb, SANA- Army units expanded the scope of their operations against positions of the terrorist organizations in retaliation to their frequent attacks against several villages and towns in the southern countryside of Idleb province in parallel with continuing to target terrorists’ positions with artillery bombardments in Hama northern countryside.

SANA reporter in Hama said that terrorists fired rocket shells on the villages of Hialin, Jourin and Ain Salimou in Hama countryside causing material damages to the civilians’ properties and their houses, adding that army units retaliated through targeting the areas from where the rockets were fired.

Earlier, the reporter said that army units conducted intensive strikes against gatherings, positions and fortifications of Jabhat al-Nusra terrorists and the affiliated groups in the villages and towns of Kafrouma, Hass, Kafraya, Khan Sheikhoun and Ma’aret Hirma in Idleb countryside.

The reporter added that a number of terrorists were killed in the strikes and others were injured, in addition to destroying their vehicles, fortified positions and weapon depots in Khan Sheikhoun which embraces a large number of terrorists’ gatherings and several weapon and ammunition depots.

The reporter added that the army rocket launchers destroyed a number of vehicles belonging to Jabhat al-Nusra terrorists between the towns of Kafrouma and Hass in vicinity of Damascus-Aleppo Highway, in addition to destroying their fortifications in the village of Ma’aret Hirma in Idleb southern countryside.

The reporter added that a number of terrorists were killed in the clashes and others were injured, while their remnants fled away , meanwhile, an army unit destroyed terrorists’ positions and fortifications in Kafr Zita town in Hama northern countryside. 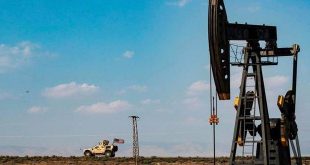