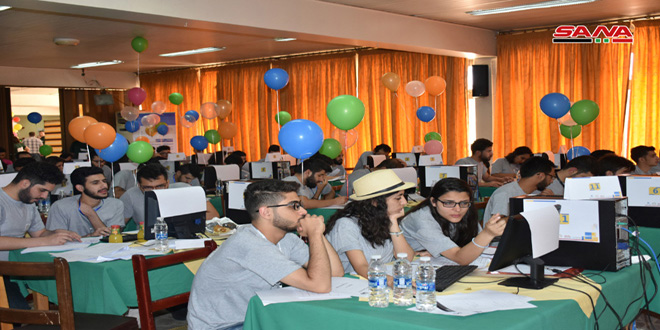 Damascus, SANA – The 6th Programming Competition, organized by the Higher Institute for Applied Science and Technology and the Syrian Virtual University, under the supervision of the Distinction and Creativity Agency, kicked off on Saturday at the Higher Institute’s campus. 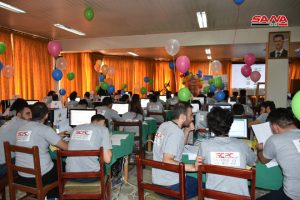 33 teams competed for five hours to solve problems that require analytical skills, logical thinking, and knowledge of programming algorithms, with 23 teams from the Higher Institute, 9 from the Virtual University, and 1 from the Syrian Private University.

In April, the team Radioactive from the Syrian Virtual University ranked first in the Middle East and Africa region and 21st worldwide during the programming competition held in Porto, Portugal, and before that the same team won the 2018 Arab Programming Competition for Arab Universities which was held in Sharm El-Sheikh, Egypt.