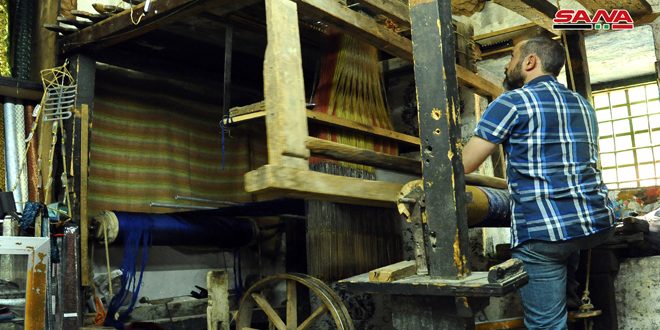 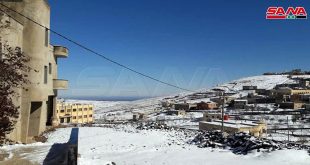 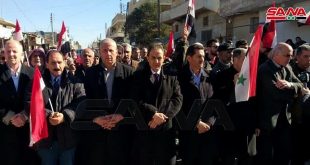 Damascus, SANA- In Tekkiye Sulaimaniya , Mohammaed Rankous sits behind a loom made of wood and iron with a frequent movement between his hands and feet to weave a Procade fabric of silk in an image that make the visitors turn hundreds of year back and revive a handicrafts created by Damascene locals, which made them known around the world.

Rankous who practiced the profession after studying it said that the Damascene families passed on the Procade handicraft from generation to another, adding that the Syrian handicraftsmen are inspired by Damascus features and plants in producing the Procade, such as jasmine, Damask rose, grapes, mosaics and Arabic calligraphy, and others decorations derived from several countries such as Kashmir and Indian heritages, and Romeo and Juliet from Italy.

The production of Procade fabric needs long time on the old loom yet the weaving technique through the automatic loom facilitated its production, and shortened the time and effort, according to Ranakous.

Procade fabric is one of the most important Damascene traditional industries, which constitutes a cultural heritage.
It is a class of richly decorative shuttle-woven fabrics, often made in colored silks and either or not with gold and silver threads.

The handicraft started with 5,000 looms in Damascus under the name of Damascene silk “Damask” ,which is characterized by the mixing of colors with each other.

According to the member of the General Union of Syrian Craftsmen and shikhcar Procade profession, Abdikareem al-Aseel said that the Procard profession faces some obstacles, including lack of workers , high prices of raw materials, closure of most of workshops after the terrorist war on Syria and tourism decline.

He hoped for more government support to the craft such as re-operating Dreikish silk factory , providing loans to craftsmen and making the necessary marketing for products.
Shaza/ R. Milhem