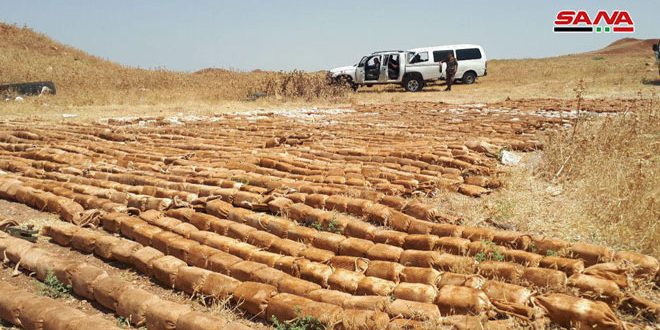 ِA source at the component authorities told SANA reporter that while canvassing the areas liberated from terrorism, the authorities, in cooperation with the locals of the southern region, found underground caches containing four tons of US-made C-4, which have been entered in special containers to al-Yarmouk basin via the border where Daesh-linked terrorist groups were positioned and under the supervision of operation room run by Western intelligence.

The source added that “such a quantity of explosive material is usually transferred and handed over between the armies of countries under contracts and deals.

He said that such materials to be in the possession of terrorist organizations is a clear evidence of the support they received from countries backing terrorism, on top of which is the US ,and reflects the scenario and size of destruction that was planned by Syria’s enemies.”