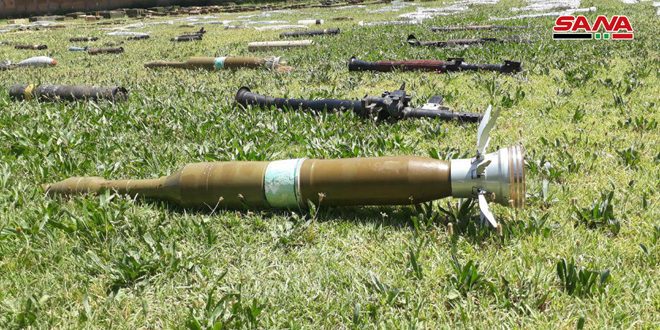 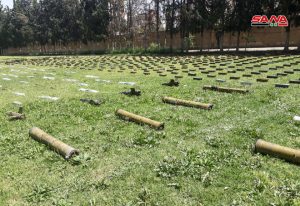 A source told SANA’s reporter that while canvassing villages liberated from terrorism in Damascus Countryside and Daraa, the authorities found weapons and ammo, some of them made in the USA and Turkey, which included Malyutka missiles, shoulder-mounted rockets, PKC machineguns, 23mm machineguns, DShK machineguns, assault rifles including M16s, RPG launchers and rounds, tank shells, and mortar launchers and rounds.

The source said that the authorities also seized archeological artifacts that terrorists had been planning to smuggle in Qalaat al-Madiq in Hama’s northern countryside, including pottery, statues, pillar parts, panels, manuscripts, and coins.

The source went on to say that the authorities seized an amount of narcotics including Captagon pills and hashish that were set to be smuggled from Damascus Countryside to the southern region.