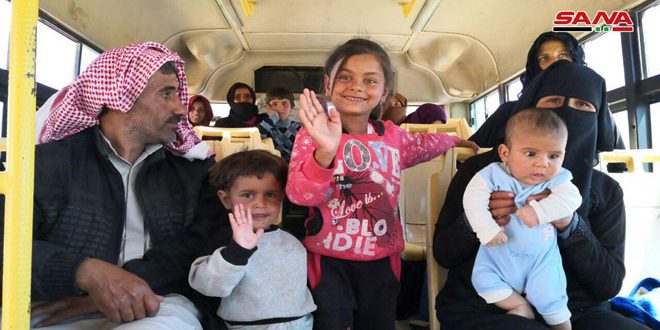 Homs, SANA- New batch of displaced Syrians arrived at Jalighem corridor in Syrian Badyia (desert) coming from al-Rukban Camp in al-Tanf area alongside the Syrian-Jordanian border in Homs eastern countryside after being held in the camp against their will for years by the US occupation forces and their terrorist mercenaries.

SANA reporter said that tens of families , mostly women and children, on Sunday returned home by buses coming from al-Rukban Camp to be transported to temporary housing centers in Homs, and then to their villages and towns liberated by the Syrian Arab Army from terrorism.