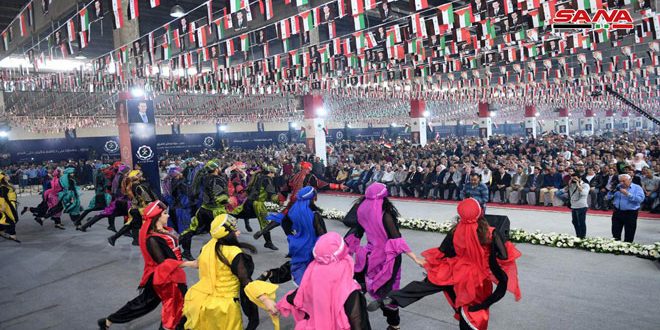 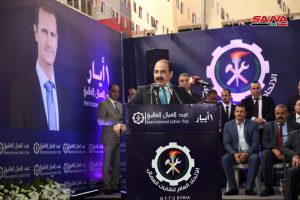 Assistant Secretary General of al-Baath Arab Socialist Party  Hilal al-Hilal affirmed that the role of workers in society is very important  to build the Homeland and make victory as they form, along with peasants, the basis of prosperity and development.

Industry Minister Mohammad Ma’an Zeinel-Abideen Jazbah , for his part, said the government gives a priority to the workers and seeks to achieve their interests and ensure their rights.

Jamal al-Qaderi, Head of  the General Federation of Trade Unions, pointed out the huge volume of sabotage and destruction which affected the factories and industrial facilities because of the terrorist acts.

He added that Syria is going ahead in the reconstruction process and pushing the economic development process forwards. 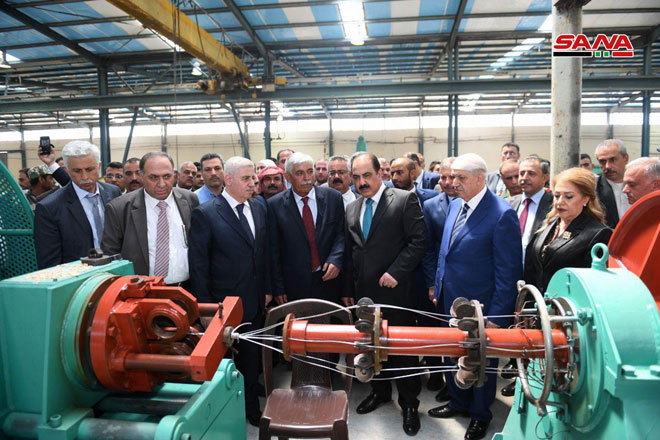 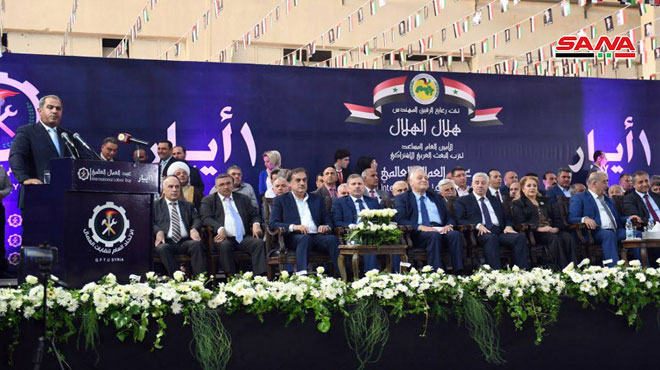 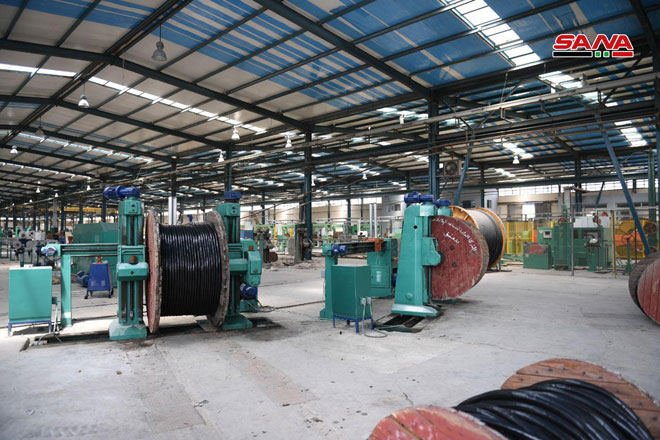