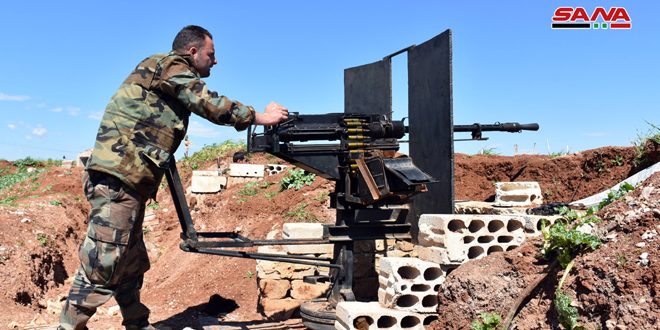 Hama, SANA- The Syrian Arab army on Tuesday responded to breaches of the de-escalation zone agreement by terrorist organizations who tried to infiltrate and attack many military points in Hama northern countryside.

A number of terrorists were killed and injured as their weapons and dens were destroyed.

Meanwhile, SANA reporter said that the army units carried out rocket and artillery strikes against dens of Jabhat al-Nusra terrorists in Sihyan and Talmans in Idelb south-eastern countryside, killing and injuring several of them.

On Monday, army units destroyed groups and vehicles for terrorists on the outskirts of  villages of al-Hawiz, al-Hawija, Jiser al-Ras al-Tuwayneh and al-Sharia in the northern suburbs of Hama and on the eastern outskirts of Maaret  al-Nu’man, Wadi Khuwair, Khan Shaykhoun, and Talmans in southern Idleb 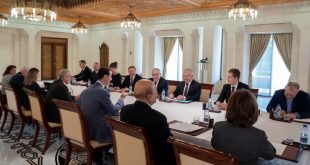