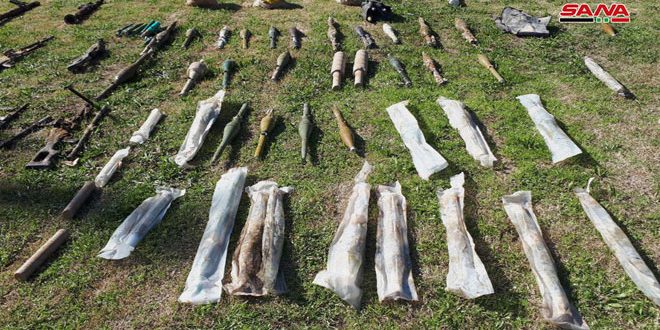 SANA’s reporter said on Wednesday that a warehouse was found, including 14.5mm and 23mm machineguns and Israeli-made machineguns, RPGs, various types of sniper rifles, and a large amount of various types of ammo during the combing operations in the Eastern Ghouta area in Damascus Countryside.