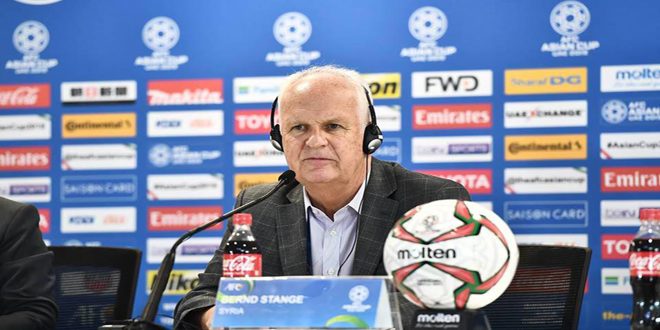 Abu Dhabi, SANA-Coach Bernd Stange affirmed on Wednesday that the Syrian national football team is ready for its second match with Jordan, saying that “the team doesn’t suffer from any pressure even it drew with Palestine 0-0 in the first match.” 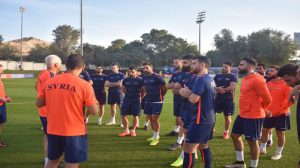 “Syrian players will enter the game with determination to win and gain the three points,”  Stange said at a press conference.

He added that team is in need for the three points to continue in the tournament of the Asian cup finals.

Jordan leads group B with 3 points, Syria and Palestine each 1 point and Australia in the bottom with 0 points.

2019-01-09
m.eyon
Share
Previous A new batch of displaced Syrians in Jordan return via Nassib border crossing
Next Ala calls for lifting sanctions imposed on Syrian people