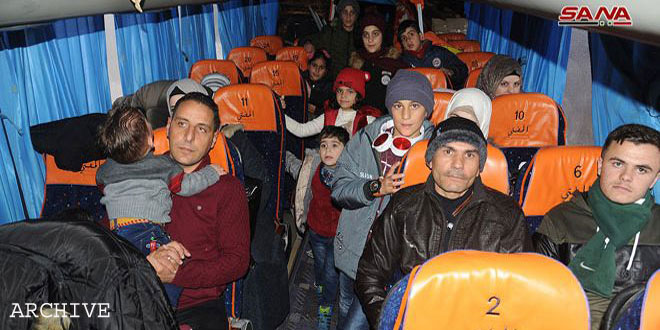 Daraa, SANA- over 400 Syrians who had been displaced due to terrorist acts returned home via Nassib border crossing with Jordan.

Head of center at Nassib crossing Mazen Ghandour said the Nassib border received 404 displaced Syrians using temporary passage tickets since the beginning of January , adding that the returnees’ movement is increasing daily following the facilitation granted by the government to enable the displaced return their villages and towns liberated from terrorism.