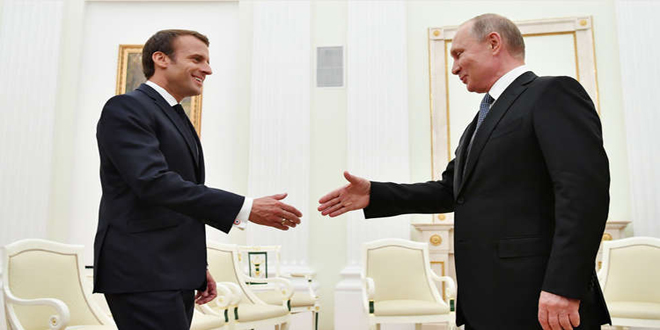 The Kremlin said in a statement on Wednesday that Putin and Macron reviewed in details issues related to the settlement in Syria, primarily issues related to forming the committee to discuss the constitution which was agreed upon during the Istanbul summit on October 27th.

The closing statement of the Istanbul quadripartite summit between Russia, Turkey, Germany, and France had affirmed commitment to Syria’s unity, sovereignty, and independence, that there is no alternative to the political solution for the crisis, and the need to facilitate the return of displaced Syrians, in addition to forming the committee for discussing the constitution.