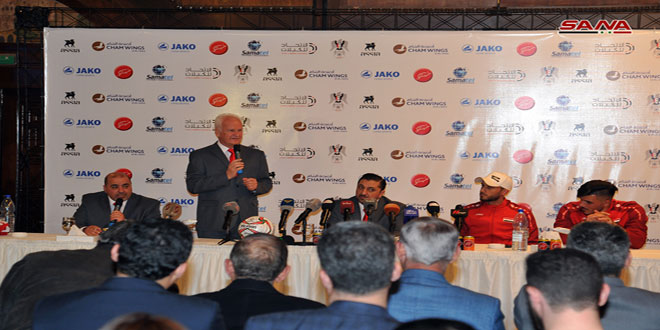 Damascus, SANA – Coach of the Syrian national football team Bernd Stange announced on Sunday the final lineup of the team which will participate in the group stage of the 2019 AFC Asian Cup due to kick off on January 5th in the UAE.

The lineup is as follows:

During a press conference at Sheraton Hotel in Damascus, Stange said that he chose the lineup based on player performance, efficiency, and readiness, noting that the presence of six players from the Syrian Premier League in the lineup shows the strength of this League which is rife with young talents.

Stange said the absence of Firas al-Khatib is due to injury he sustained while playing with Al-Salmiya in the Kuwaiti Premier League, as medical reports say he won’t recover in time to play.

The Syrian team will compete in Group B in the 2019 AFC Asian Cup, facing Australia, Palestine, and Jordan.