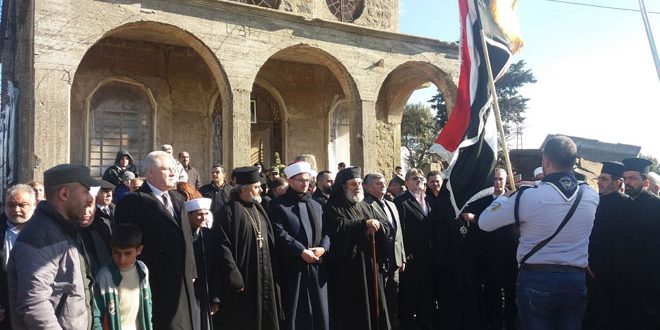 Quneitra, SANA- Christmas mass was held and a Christmas tree was lit up in the Greek Orthodox Church of St. George in Quneitra city, with the participation of official, religious, and public figures from Damascus, Damascus Countryside, and Quneitra provinces. 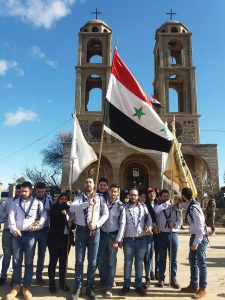 Bishop of Damascus Greek Orthodox Archdiocese Mousa al-Khoury said that the mass is being held for the first time in 44 years at St. George Church, the first such mass since 1974 following the liberation of Quneitra, which was destroyed by the Israeli occupation.

MP Janseit Qazan affirmed that the Syrians’ determination, particularly citizens of Quneitra, to bring life back to the city through holding religious and political activities affirms their keenness to liberate the occupied Syrian Golan as a national priority.

Christmas mass Christmas tree Quneitra 2018-12-22
shaza
Share
Previous Iraqi President: Solution to crisis in Syria through respecting decision of its people
Next Citizen martyred, another injured in explosion of IED left behind by terrorists in Quneitra