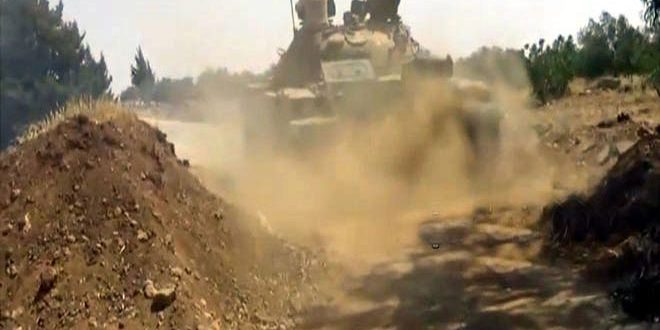 SANA’s reporter said that an army unit tracked the movements of terrorists from Jabhat al-Nusra and the affiliated groups on the outskirts of al-Latamina town to launch attacks against military posts positioned in the surroundings of Hilfaya town in the northern countryside.

The reporter indicated that army targeted the infiltrating terrorists with the suitable weapons, and heavy losses were inflicted upon the terrorist groups in the personnel and equipment.

On Friday, an army unit responded to a terrorist shelling attack on Soran City, 18 km to the north of Hama City. 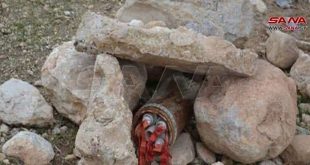