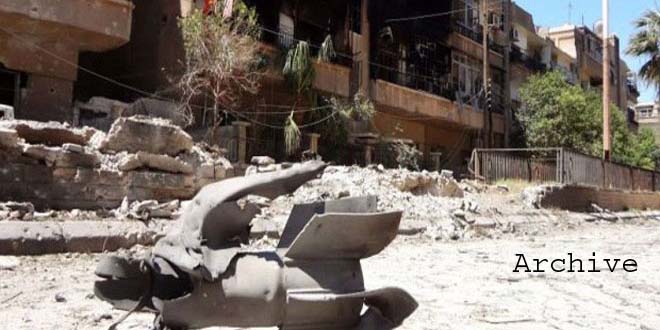 SANA’s reporter in Aleppo said that terrorist groups, most of them affiliated to Jabhat al-Nusra, fired 15 rocket and mortar shells on the residential neighborhoods of al-Neel Street and Jam’ayat al-Zahra in Aleppo City.

The reporter indicated that the terrorist attack caused only material damage and no civilian casualties were reported.

Meanwhile, the army artillery retaliated by targeting the areas from which the shells were fired, inflicting heavy losses upon terrorists in personnel and equipment.