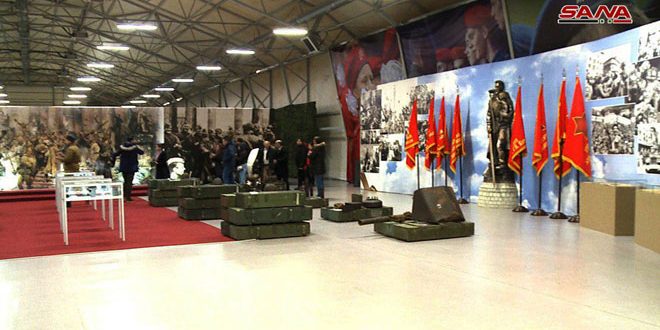 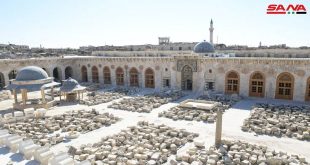 Moscow, SANA – The Syrian Media Week continued activities on Saturday as members of  the Syrian media delegation visited Patriot Military Park which is affiliated to the Russian Ministry of Defense in Moscow and they held a meeting with its Director Alexander Bochantsev.

Members of the delegation inspected the Exhibitions Hall at Patriot Military Park and the pavilion of the remnants of terrorist war on Syria and they watched some of the different exhibits at the pavilion such as the military equipment, some of which had been found inside dens of Daesh (ISIS) and Jabhat al-Nusra.

The Syrian pavilion also embraced some Russian and Syrian weapons which had been used against terrorist groups, in addition to samples of the Russian aid provided to the civilians and of the mobile Russian medical centers which provided medical aid and consultations to the Syrian citizens.

The delegation’s members visited the pavilion of the Great Patriotic War waged by the Soviet army against the Nazi aggression in which it achieved victory over Fascism and Nazism, and they got acquainted with the suffering of the Soviet citizens in the areas which were under the Nazi occupation.

He indicated that the exhibits at the Syrian pavilion must be an incentive for preventing the eruption of any war in the world, adding that this pavilion  is considered as a true exhibition on the reality of what is taking place in the Syrian Arab Republic.

2018-11-04
ruaa-jazaeri
Share
Previous 15 martyred in a new massacre by US-led coalition in Deir Ezzor
Next Sabbagh: Syria defeated terrorism thanks to its people’s steadfastness and its army’s sacrifices