Lavrov: US presence in Syria illegal, its practices east of Euphrates unacceptable 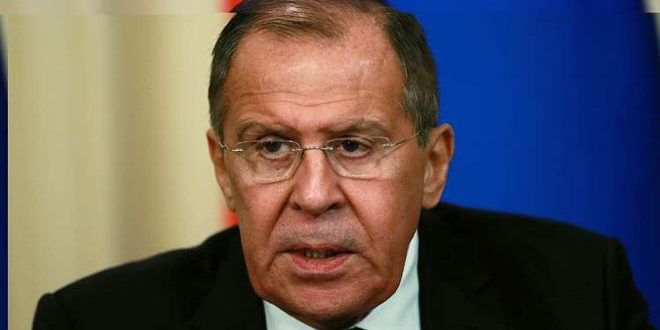 In an interview given to media outlets on Friday, Lavrov said that Idleb is not the last problematic place in Syria, as there are large territories east of the Euphrates River where absolutely unacceptable things happen; as the United States is trying to create a quasi-state there.

Lavrov said Washington helps creating administrative bodies to replace state bodies in that area, and it encourages displaced people to go back there, all while the US, France, and other Western states do not want to provide suitable conditions for displaced people to return to other areas so that a credible political process may begin.

“I cannot exclude that the US are trying to keep the situation heated up in the region to ensure that everyone is on the edge. It’s easier for them to catch fish in the water they muddy. Such policies never ended well,” Lavrov warned.

Tehran, SANA- The joint efforts of Iran and Russia and their support for Syria in …