12 children injured in a landmine blast in Deir Ezzor countryside 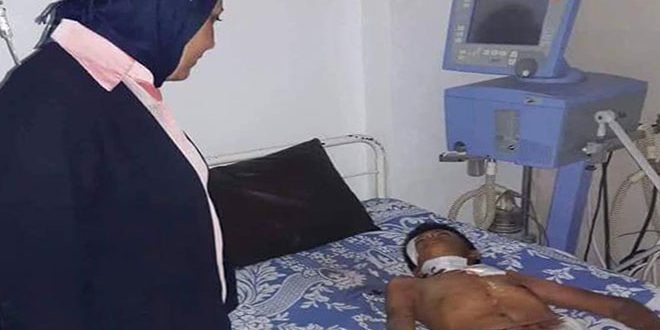 Deir Ezzor, SANA- 12 children were injured on Thursday when a landmine left behind by Daesh (ISIS) terrorists went off in Deir Ezzor eastern countryside.

SANA reporter in Deir Ezzor said that a land mine left behind by Daesh terrorists blasted in Sa’alou village in the eastern countryside as 12 children sustained wounds of varying severity and they were transported to al-Assad Hospital in Deir Ezzor.

Director General of al-Assad Hospital Dr. Ghaleb Batah said in a statement to SANA that the situation of most of the children is stable and their injuries are minor, except two children who were put under supervision.