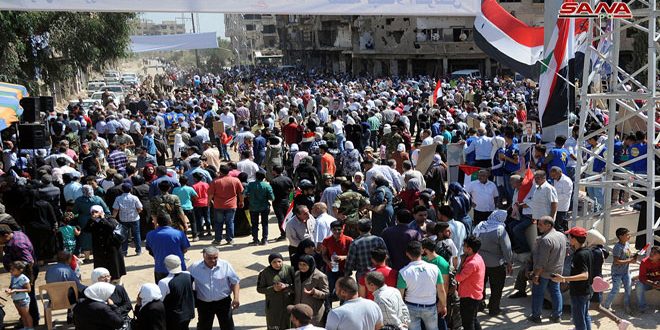 Damascus Countryside, SANA- In framework of the exerted efforts for the return of the displaced people to their towns and cities after liberating them from terrorism by the Syrian Arab Army, locals started to return to Darayia city in Damascus southern countryside.

SANA reporter said that thousands of citizens on Tuesday morning started to return to their homes in Darayia city on the southwestern outskirts of Damascus City after providing the suitable conditions and the basic services for them to be able to practice their normal life.

Damascus Countryside Darayia displaced homes 2018-08-28
ruaa-jazaeri
Share
Previous Lavrov: Any US aggression on Syria will endanger efforts to solve crisis in it
Next Syria, UN discuss means of joint cooperation in humanitarian field