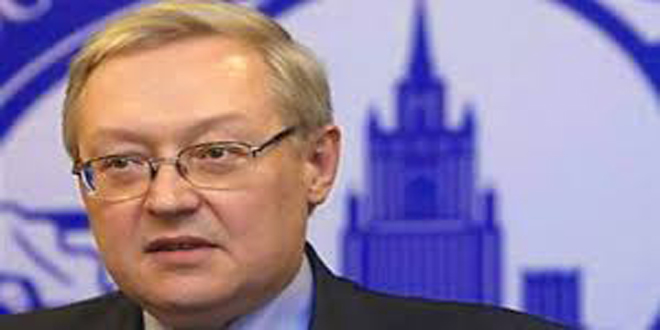 Moscow, SANA- Russian Deputy Foreign Minister Sergei Ryabkov affirmed that Washington is impairing anti-terrorism operations in Idleb and rejecting all that is positive to resolve the crisis in Syria.

In an interview with the Russian ‘International Life’ magazine, Ryabkov said that the Americans refuse to withdraw from the areas where they deployed near the Syrian-Iraqi border and ignore the illegality of the presence of military forces of foreign countries in the territory of other countries without official invitation from their governments.

He added that Washington is blocking the natural solution in fighting terrorism in Idleb and “showing sensitivity” towards the three guarantor states of the cessation of hostilities in Syria which are working to figure out positive means to resolve the crisis.

Ryabkov said that the Russian military, currently in Syria, is making great efforts to help return Syrian refugees to their homeland, pointing out that Moscow is cooperating with a wide range of international partners in this regard.

The Russian diplomat said that “Sochi’s meeting was recently held within the framework of the Astana process. Thus, Russia and the other guarantors are moving forward, in actions not words, on the path of a gradual stabilization in Syria without contradicting the formula of Astana or the Geneva process, unlike Washington and the coalition led by it.” 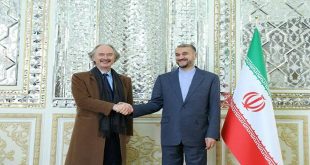