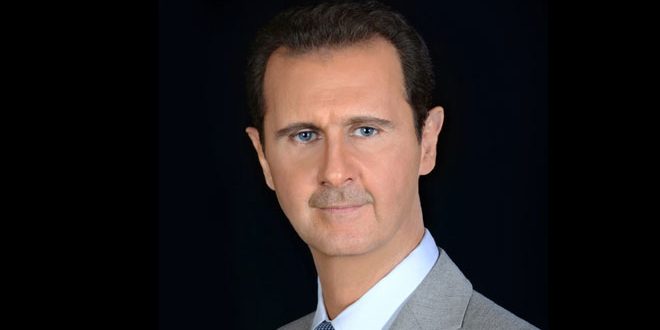 The cables hoped that peace and security would prevail all over Syria, praying to God the Eid would return with victory to the Arab and Islamic nations.

They underlined that the greatest Eid joy comes along with the successive victories achieved by the Syrian Arab army against terrorism and their supporters.