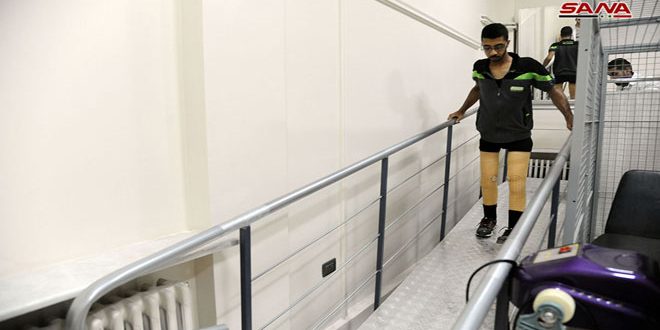 Damascus, SANA – The Step Association for artificial limbs is preparing to launch a new project on the provision of 50 smart artificial upper limbs for children.

Chairman of the Association Dr. Raymond Helal said that the project is carried out in cooperation with donor organizations in the People’s Republic of China and in coordination with the Chinese and Syrian embassies in Damascus and Beijing, respectively.

The project will provide 50 to 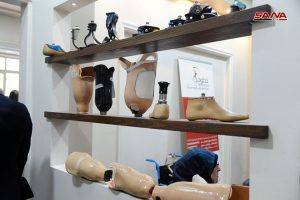 70 smart upper-body artificial limbs for the under-18 age group and one-month training for the technical team.

He pointed out that the project is the second of its kind in the framework of this cooperation; in 2018, the Association implemented a project that provided artificial limbs for 35 children in addition to advanced equipment for the manufacture of artificial lower limbs.

During a visit to the Association, China’s Ambassador in Damascus Qi Qianjin told reporters that the embassy’s cooperation with the Association is a way to express the friendship between the two countries and sympathize with the Syrian people, especially those injured in the war.

He stressed the embassy’s readiness to facilitate all forms of cooperation and to continue working in order to restore normal life for Syrians. 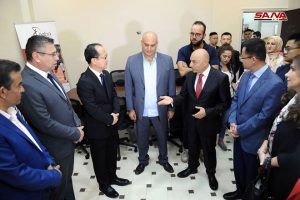 For his part, the Executive Manager of the Association, Mahmoud Khaled, said that the priority in the Association is given to the most affected people and in particular family breadwinners, indicating that the cost of a smart artificial limb can reach up to USD 15,000, and these limbs are provided for free by the Association.

He added that the Association also provides sessions of rehabilitation and physical therapy and psychological support.

Regarding the future plan of the Association, Khaled said that it includes educational and vocational programs and awareness campaigns for children, as well as participating in the rehabilitation of schools as to be equipped for persons with disabilities.

Step Association was licensed in 2014 and began its actual work in Damascus. It provided about 400 artificial limbs since it began its work two years ago. It is concerned with the providing of prosthetics for amputees.

The Association also includes a walking training center, a physical therapy center, and a psychological support department that serve the injured through a team of volunteers.