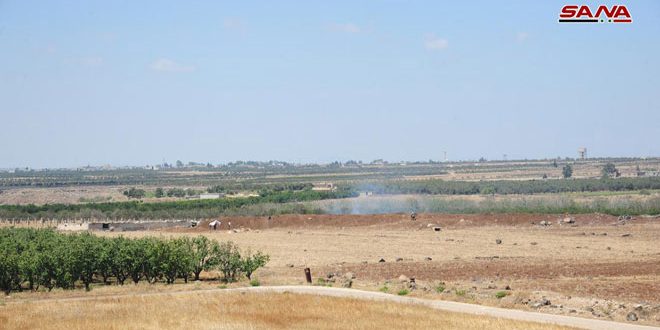 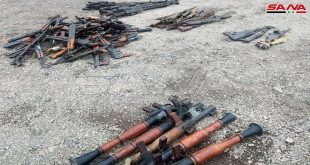 SANA’s correspondent said army units are engaged in violent clashes with Daesh terrorists at the outskirts of al-Shajara town, and that they destroyed bases and car bombs for the terror organization, as well as dealing with suicide bombers that are trying to hinder the army’s advance.

The correspondent said the army has cut off the terrorists’ supply and movement routes, in addition to eliminating a number of terrorists including the “emir” of Daesh in al-Shajara, a terrorist nicknamed “Abu Walid al-Masri.”

She added that there have been Israeli reconnaissance aircrafts flying near al-Shajara at the time when terrorist suicide bombers were attempting to reach army positions and the advancing forces.

On a relevant note, the correspondent said later that army engineering units canvassing the surroundings of the al-Shajara found a US-made TOW missile and IEDs in one of the Daesh hideouts, in addition to equipment left behind by the “White Helmets” along with Israeli-made food products and flour produced in the US. 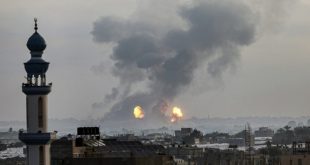