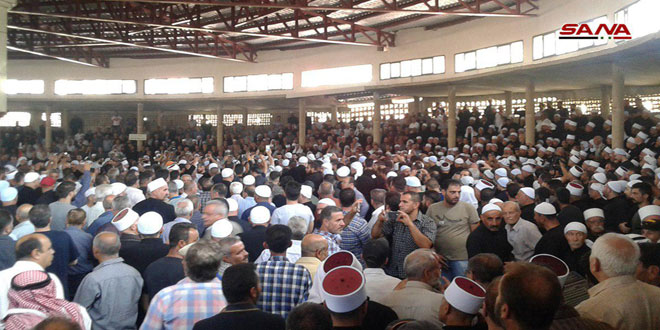 Sweida, SANA- A massive popular funeral ceremony has been held on Thursday for the martyrs of the terrorist attacks targeted Sweida, SANA reporter said.

The participants in the funeral said that Sweida will ever remain an immune fortress in the face of terrorism as it offers sacrifices to defend the homeland. 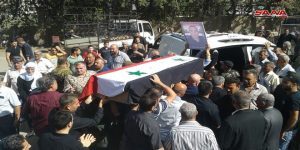 They expressed readiness to defend their homeland and sacrifice their souls in defending its dignity, security and stability and eliminating the mercenary terrorists from each inch of the Syrian land. 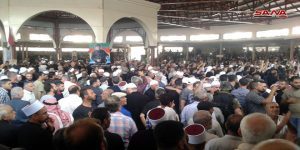 On Wednesday, a number of citizens were martyred and others were injured in terrorist suicide bombing attacks in Sweida city synchronizing with Daesh (ISIS) attacks on a number of villages in the eastern and northern countryside of the province.