Ushakov: Putin, Trump to discuss settlement of crisis in Syria at Helsinki Summit 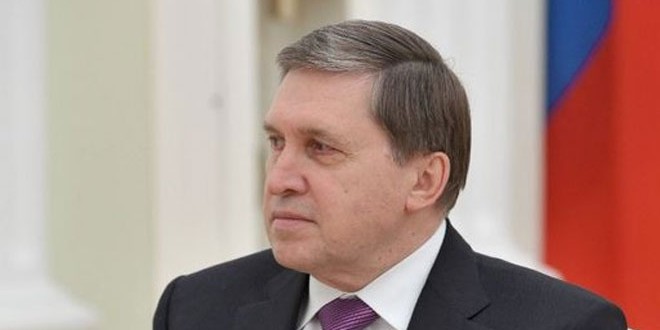 Moscow, SANA- Russian President’s Assistant, Yuri Ushakov announced that Russian President Vladimir Putin and US President Donald Trump will discuss during their upcoming summit in Helsinki next Monday bilateral relations and other important issues, the most prominent of which is the settlement of crisis in Syria.

In a press conference on Friday, Ushakov underlined the importance of cooperation between Moscow and Washington for settling the crisis in Syria.

He considered that this issue will be a good initiative for the joint work.