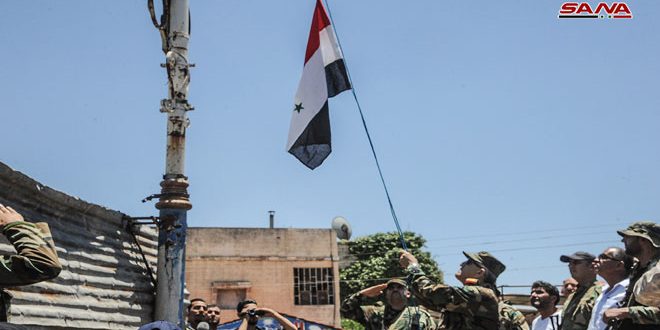 Daraa, SANA- The Syrian Arab Army on Sunday has raised the national flag over the town of Dael in Daraa northern countryside after declaring the town safe and free of terrorists who turned themselves in and handed over their arms and munitions.

Hundreds of locals from Dael town gathered in the town’s main square and renewed their standing by the Syrian Arab Army , praising its sacrifices and heroism in eradicating terrorism.