Qingdao Declaration: No alternatives for political process led by Syrians themselves 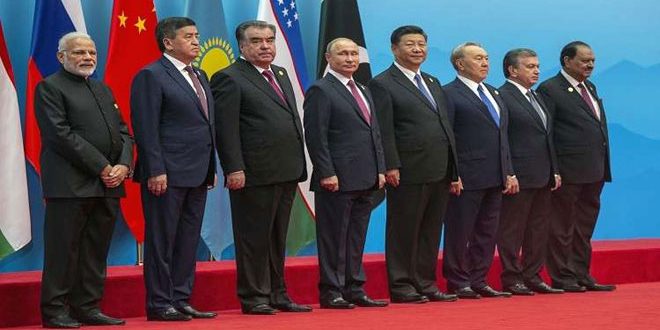 Qingdao/ China, SANA-  The member states of the Shanghai Cooperation Organization (SCO) affirmed the absence of alternatives to a political process to resolve the crisis in Syria.

“The crisis in Syria might be resolved only through an inclusive political process led by the Syrians themselves, which should be conducted in compliance with the UN Security Council’s resolutions and with respect for Syria’s sovereignty, independence and territorial integrity,” according to the SCO’s joint declaration at the end of their summit held in Qingdao, China on Sunday.

The declaration affirmed that the outcomes of the Syrian National Dialogue Congress held in the Russian city of Sochi late January was an important contribution to the process of reaching a political solution to the crisis in Syria.

The declaration called for taking concrete steps to implement the memorandum on the creation of de-escalation zones in Syria in order to create an enabling environment for the political settlement in Syria, which does not involve terrorist organizations.

The SCO member states have also expressed their support for Geneva talks on Syria.