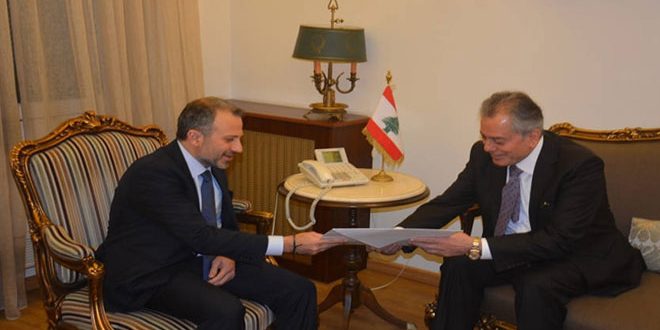 The letter underscores the necessity of cooperation between Syria and Lebanon in all fields, particularly in the file of the displaced Syrians.

Following a meeting with Bassil, the Ambassador said the letter provides answers to queries previously laid out in a letter Bassil had sent to al-Moallem regarding the issues of the displaced Syrians and law no. 10.

Abdul Karim said Bassil was “very satisfied” with the content of the letter, saying it dispelled the concerns which he expressed in his letter.

Al-Moallem’s letter confirms that Syria cares about all its citizens and is keen on the return of displaced citizens, Bassil said.