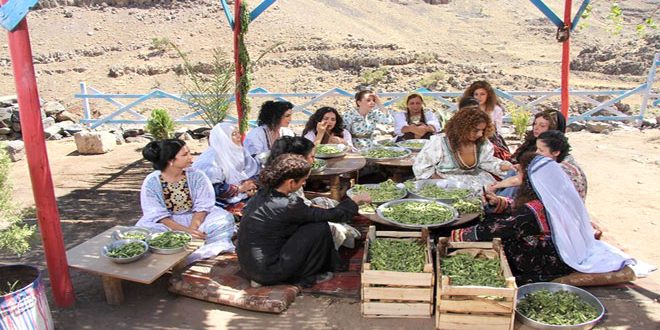 Damascus, SANA – Syrian drama managed to overcome the challenges arising from eight years of war. This year, it is airing on 35 Arab and local satellite channels, offering around 20 TV drama series.

The shows which have sought to depict the daily life of the Syrians with works characterized with high artistic standards; starring many Syrian celebrities have captivated deeply millions of viewers across the Arab world.

Chairman of Syrian Artists Syndicate Zuhair Ramadan told SANA that the spread of the Syrian drama is still limited because of the siege imposed on the country. “Our TV shows used to be aired on 70 Arab channels compared to 35 channels right now,” he said.

He added that despite the return of the Syrian drama, there has been a decline in the quality of production, while other shows were acceptable spotlighting reality.

He also called on the General Establishment for Television and Radio Production in coordination with the Ministries of Information and Culture to take their role to develop programs and plans to promote an advanced drama industry similar to the Egyptian experience.