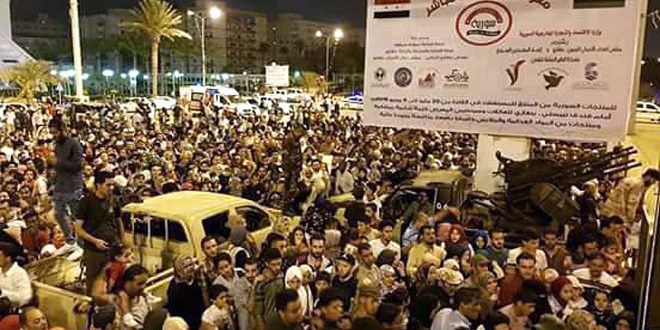 Benghazi, SANA- Activities of “Made in Syria” expo for direct sale kicked off in the Libyan city of Benghazi on Thursday with the participation of 52 Syrian industrial companies. 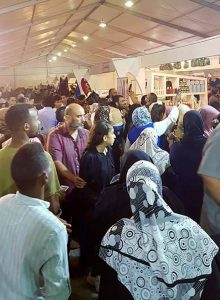 Al-Sawah added that the Union works for establishing a center for the Syrian exports in Benghazi city.

Head of the Syrian delegation, Rubba Abboud Rajha expressed pleasure over activating the joint economic and trade cooperation between Syria and Libya.

For his part, Chairman of the Libyan Businessmen Council, Benghazi Branch, Fawzia al-Ferjani said that the expo is a starting point for organizing more exhibitions in Libya for pushing the wheel of the Libyan economy forwards.

“ The Expo is a significant economic event on the level of restoring the economic relations between Syria and Libya.” Chairman of the Board of Directors of Benghazi International Expo, Abdullah al-Warshafani, said.

The expo, which will last to the end of the holy month of Ramadan, is organized by the Syrian Exporters’ Union, and Damascus and its Countryside Chamber of Industry with the support of the Ministry of Economy and Foreign Trade and Benghazi Branch of the Libyan Businessmen Council.