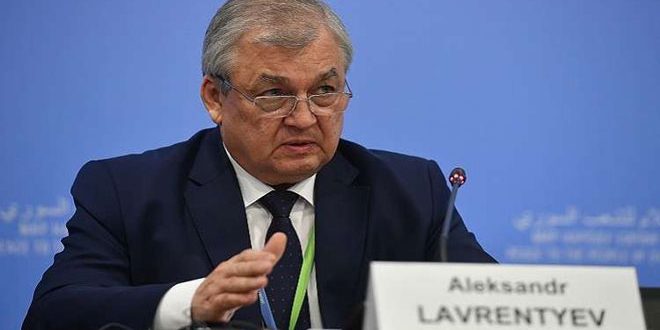 Moscow, SANA – Head of the Russian delegation to Astana talks on Syria, Alexander Lavrentiev, said that the guarantor states (Russia, Iran, and Turkey) of the Astana process reaffirmed that the political solution via sitting at a roundtable is the way for resolving the crisis in Syria, and that they rejected unilateral actions.

In a statement to journalists, Lavrentiev said that the first day of the 9th round of Astana talks, which kicked off on Monday, included bilateral talks and a tripartite meeting between the guarantor states, describing the meetings as positive and necessary.

He said that work on the closing statement for this round of talks is underway.

Lavrentiev said that the results achieved by the Astana process have been very positive, as the process of fighting terrorism has improved, particularly against Daesh (ISIS) and al-Nusra and other terror groups.

He noted that the Geneva talks have stalled, and there is a need to find a way out of the dead end they have reached.

Earlier, Lavrentiev said that the absence of the United States from the ninth round will not affect the talks aimed at achieving greater stability in Syria.
According to Lavrentiev, the Astana process is proceeding as planned, and the heads of the guarantor states’ delegations are carrying out the instructions of their governments.

“No one doubts the usefulness of Astana platform to achieve greater stability in Syria except the US and its allies, and therefore its absence will not affect the talks,’’ he added.

He also said that the de-escalation zones in Syria are still effective as part of a planned transformation in terms of the peaceful political process in the country.

He expected that the three guarantor states of the ceasefire in Syria will issue a joint statement at the end of the 9th round of Astana talks which includes assessment of the results of efforts exerted by all parties concerned and setting up future plans. 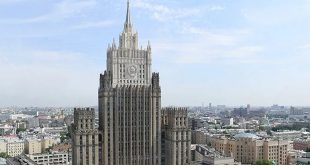