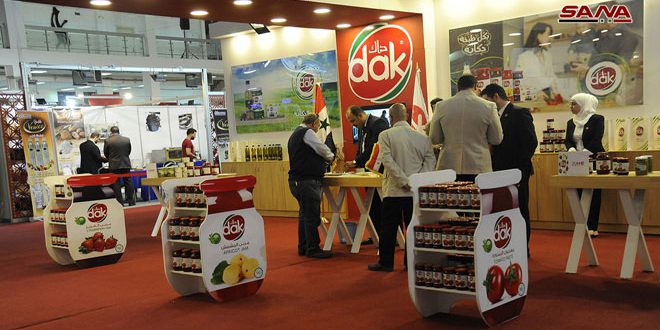 Damascus, SANA- Over 85 companies are taking part in the Export Food Industries Exhibition (Syria Food) which kicked off on Thursday at Damascus Fairgrounds City. 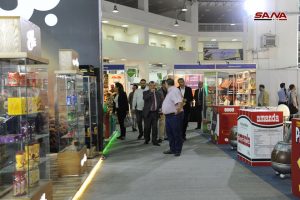 With a total area of 12,000 square meters showcasing a wide array of locally grown food and locally produced goods, the exhibition which runs until May 15th is considered the largest and most important of its kind for food industry.

In a statement to SANA, Head of the Syrian Exporters Federation, Mohammad al-Sawah said that food industry sector in Syria is primarily export-oriented, taking into account the variety of Syrian agriculture products which are among the most in-demand goods worldwide. 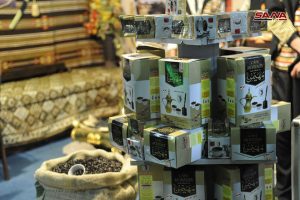 He added that the expo hosts hundreds of exporters and businessmen from around the world, including neighboring countries, Europe, North Africa and the Mediterranean Basin.

For his part, Head of Damascus and its Countryside Chamber of Industry, Samer al-Debs highlighted the remarkable growth and development of food industry in Syria which helped strengthening its position among advanced industries due to the high quality and competitive prices of Syrian products which have garnered widespread acclaim across local and foreign markets.

A number of participants and visitors underlined the importance of this event as an opportunity to take a closer look at the Syrian products, meet companies and interact with businessmen from the same sector to discuss possible cooperation in the future.

“Syria Food” exhibition is organized by the Syrian Exporters Federation in cooperation with Damascus and its Countryside Chamber of Industry with the aim to spotlight the high added value, quality and competitiveness of Syrian food products.