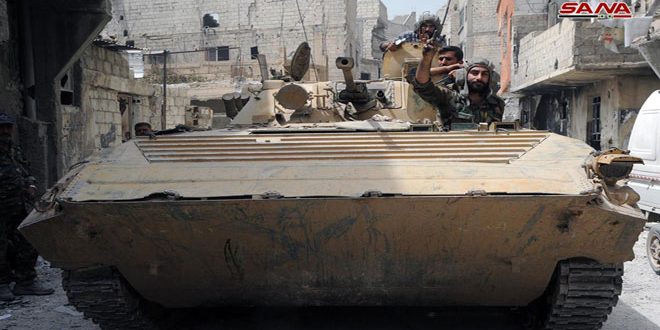 SANA’s correspondent in southern Damascus said that army units tightened noose on terrorist groups in al-Hajar al-Aswad after heavy clashes with them.

As a result of the clashes, the army units liberated the IT Secondary School and a number of building blocks in the western part of the neighborhood after inflicting terrorists’ heavy losses upon their ranks and equipment.

The army’s artillery and Air Force directed concentrated strikes on terrorists’ hideouts, infiltration axes and supply routes in the northern and northwestern parts of al-Hajar al-Aswad.

Speaking to SANA, a field commander said that the army units are making a steady and cautious progress in the operations against the terrorists in al-Hajar al-Aswad and clashing with them in street- fighting, tunnels and buildings amid cases of fleeing among the terrorists using the tunnels and the trenches they took in the basement of the buildings.

Al-Hajar al-Aswad will be cleared off the terrorists in the next few days, the commander stressed. 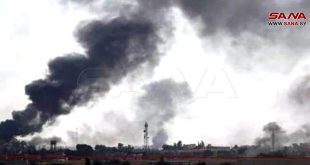