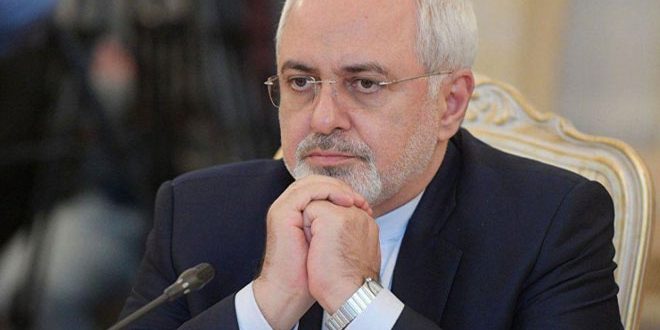 Brussels, SANA- Iranian Foreign Minister Mohammad Javad Zarif reiterated that the crisis in Syria can only be solved politically and within the framework of a genuine political process by the Syrian people.

Speaking at an international conference on Syria in Brussels on Wednesday, Zarif reiterated Iran’s condemnation of the illegal tripartite US-British-French aggression against Syria.

He emphasized the necessity of respecting the national sovereignty, territorial integrity and independence of Syria.

The Iranian diplomat pointed out that foreign interventions impede reaching a solution to the crisis and “make the situation worse than before.”

Zarif said that the main priority is to end the combat activities, adding that Iran is ready for cooperation to help reconstruct Syria.