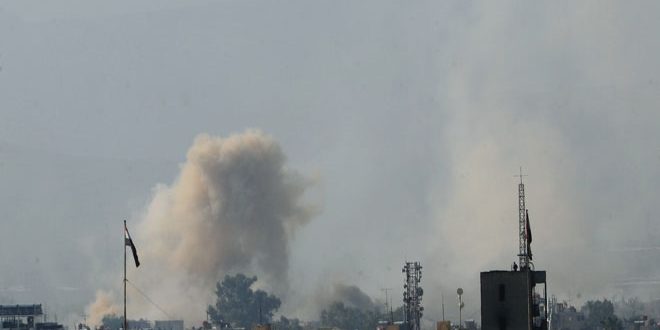 The reporter added that ammo cashes for the terrorists were also destroyed while the army units are advancing from several directions and expanding control over the neighborhood’s outskirts.

Th military operation is continued until the eradication of terrorism from the Western Ghouta, the reporter said.

On Saturday, the army units destroyed dens and ammo cashes for the terrorist organizations in al-Hajar al-Aswad in the framework of the army’s military operations to uproot the terrorists completely in south Damascus.

al-Hajar al-Aswad army 2018-04-22
ghossoun
Share
Previous The terrorists in Eastern Qalamoun hand over large amounts of weapons, including US and Israeli-made missiles
Next Qasioun Club wins two gold and one bronze in Republic Karate Championship