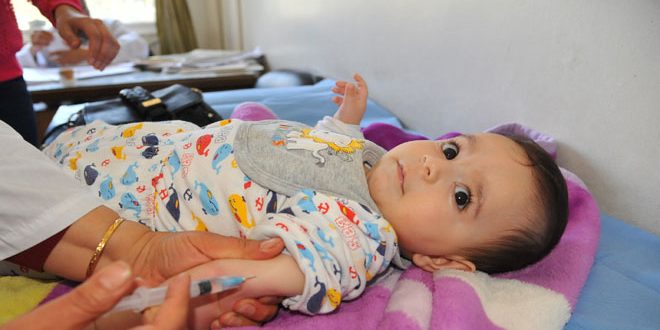 Damascus, SANA – The National Vaccination Days campaign kicked off on Sunday targeting all children under the age of five via health centers, medical points, and mobile teams.

The campaign is launched by the Health Ministry and will last till April 30. 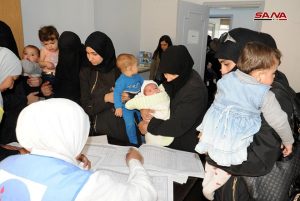 distributed among 911 health centers, 71 medical points, and 714 mobile teams spread across the country are providing vaccinations as part of this campaign.

The campaign targets around 2.79 million children under the age of five, with the aim of expanding the national vaccination program to cover 90% on the national level.

Speaking to SANA, Head of Health Directorate of Damascus Countryside Yasen Nanous said that the number of children who missed vaccines in the province reached 25 thousands, as well as 75 thousand children targeted with measles vaccine between the ages of 7 months and 12 years, 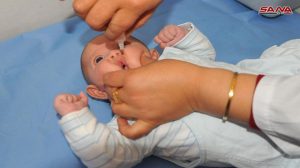 and 46 thousand children with polio vaccine.

About the towns of Eastern Ghouta, Nanous pointed out that the current campaign is a continuation of the Directorate’s efforts to immunize the children of al-Ghouta who have missed the national vaccination program. Medical teams and mobile clinics have been present in the makeshift centers and liberated towns to provide medical services to citizens.

Earlier, the Health Ministry said in a statement that the vaccines provided in this campaign are effective, safe, and subject to strict quality control, and are provided free of charge, adding that common illnesses like flu, diarrhea, and the mild rise in body temperature, and the medicine like 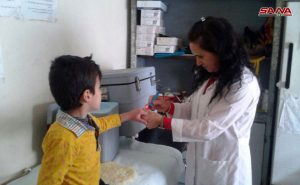 antibiotics do not prevent children from taking vaccines.

The national vaccination program, launched in 1978, succeeded in eradicating neonatal tetanus in 1997, made big strides in eradicating measles and eliminated polio in 1995 which returned to Syria in 2013. Four years later, Syria declared was declared free of the disease again as a result of a series of vaccination campaigns.