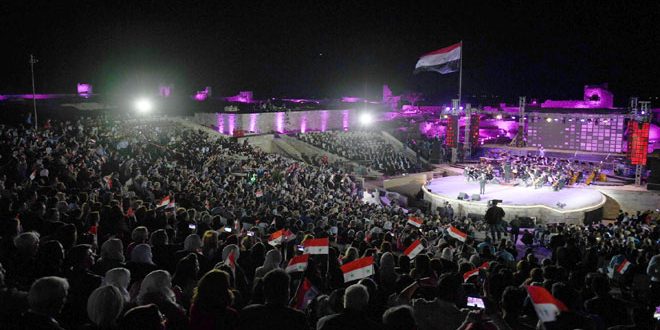 Aleppo, SANA – Under the patronage of President Bashar al-Assad, the cultural and national event “Aleppo, the Beating of the Heart” kicked off on Tuesday evening at Aleppo Citadel on occasion of the 72nd anniversary of Evacuation Day, Syria’s Independence Day. 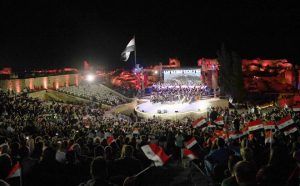 Aleppo Citadel’s amphitheater thronged with crowds as the event was opened by the Syrian Arab Army and Internal Security Forces music band, and after that Amjad Allawi, a member of the Syrian Arab Army who lost his sight while fighting terrorism, talked about how he was injured and how he was determined to overcome it and continue living life to the fullest with the support of his mother and friends. 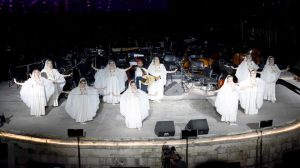 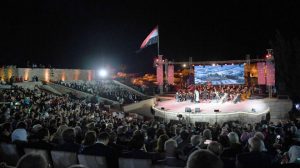 In a statement to SANA on the sideline on the event, Deputy Speaker of the People’s Assembly, director Najdat Anzour voiced confidence that final victory over terrorism is near, and that the defeat of the last terrorist in Syria will embody the meaning of Evacuation Day. 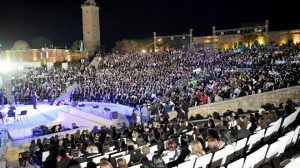 For his part, singer Sabah Fakhri said “words fail to describe Aleppo and its people and heritage, and when the sword speaks, everyone becomes silent,” while actor Duraid Laham said that this event is a holiday for Aleppo that vanquished terrorism.

Lebanese media figure George Kurdahi said that today Evacuation day comes at a time when Syria is celebrating victory over terrorism, while Egyptian actress Elham Shahin expressed joy at being at Aleppo Citadel with its deep-rooted history and heritage, voicing confidence that Syria will return stronger than before.