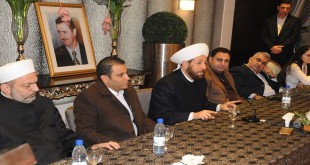 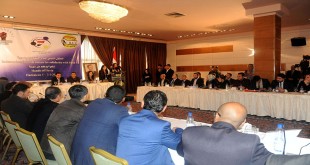 London, SANA- The British “Hands off Syria” group has called on British citizens to take to streets in central London and in front of the residence of Prime Minister Theresa May in Downing Street to express the public’s rejection of Britain’s participation in any possible military aggression against Syria.

” We must stand against the war before it is too late” the group said in its statement published on its Facebook page on Friday.

“The British government is playing a game that could lead us into a World War 3 in an attempt to reverse the victories achieved by the Syrian army and its success in liberating the last areas were controlled by the terrorists in Eastern Ghouta and returning life to normal gradually after years of brutal practices,” the statement said.

“Britain and its imperialist partners dream and promote a new story about another chemical attack in Syria, despite the lack of evidence or logic and even though there is no attack on the ground,” the statement said.

It added that all calls for independent investigations into the alleged incident were rejected by the United States, Britain and France, while the facts show that all previous allegations of this kind have been shown by refutable evidence to be false.

“Nevertheless, our government, along with Washington and Paris, are trying hard to invade Syria and thus fight a war with Russia,” the statement included.

The group concluded by saying: “ This time, it’s very important, join us in Downing Street this evening to show the British public’s opposition to this huge amount of war threats . We say no to war with Syria or to war with Russia. Let all hear your voice”.

Hands Off Syria 2018-04-13
ghossoun
Share
Previous Nebenzia: We have information about repeating scenario of Khan Shaikhoun by the intelligence of some countries to justify targeting Syria
Next Russian Defense Ministry: UK involved in preparing the chemical weapons’ play in Douma city