Putin discusses situation in Syria with President of Turkish regime 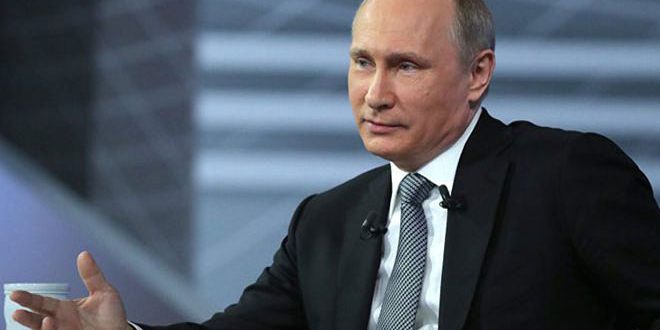 The two sides expressed, during a phone call, concern over the current aggravation of the situation in and around Syria amid allegations about the use of chemical weapons in the city of Douma, the Kremlin press service said.

They also stressed the importance of ensuring the necessary conditions for the work of the Organization for the Prohibition of Chemical Weapons (OPCW) inspectors travelling to Syria.

The statement also affirmed that the two sides underlined the need of intensifying the Syrian political settlement process based on UN Security Council Resolution 2254 and the decision made by the Syrian National Dialogue Congress, agreeing to continue bilateral contacts at different levels.