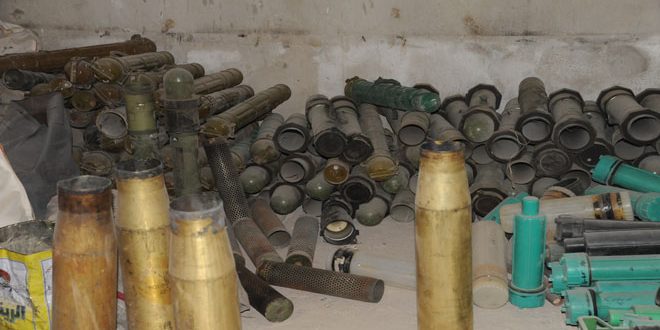 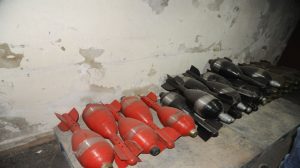 some of them are Saudi-made, and equipment devised for mixing them with highly–explosive materials such as C4 and chlorine to augment the destructive capacity of shells and inflict as much damage as possible to civilians and residential areas.

The army also discovered a number of depots which were used for storing large shells imported from countries supporting terrorism, in addition to rockets, including Grad rockets which were fired at residential neighborhoods in 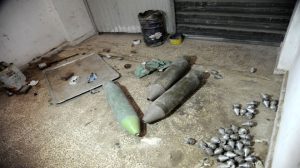 Damascus, the commander said, adding that the discovered facilities also contained prisons where prisoners were forced into hard labor.

The commander added that the terrorists of “Failaq al-Rahman” have turned one of Zamalka’s neighborhoods to a military complex, in which they constructed a plant for manufacturing the external structure of missiles and explosive devices and stuffing light and moderate ammunition and recycling tank shells into IEDs.

Terrorists, according to the commander, have linked between the plant and the depots with tunnel network, adding that documents were found showing the receipt and delivery methods between “Failaq al-Rahman and “Jaish al-Islam” and the means of filling explosive materials and car bombs. 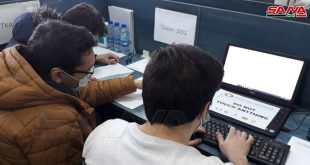 Damascus, SANA- With the participation of 41 teams from the various Syrian universities and educational …